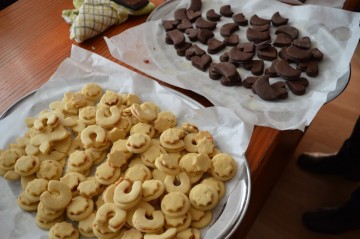 The Old Catholic Province of St. Christophor (Croatia, Slovenia, Serbia, Bosnia and Herzegovina)  is a constitutional part of the Church of Christ, which is evangelical in zeal to Holy Scripture, Holy Sacraments and tradition. Universality, which means catholicity of this Province cames from "the faith once given to the saints", and orthodoxy from doctrine and moral. Vicariate stands in unchanged orthodox - catholic tradition and apostolic mission.
We wish to bring a Word of God closer to people, laics and clerics, to children and youth, so that they could accept it and become revealers of Christ and His Church in this gloomy world.

Unquestionable nature od Church is to be open and to constantly get closer to other Churches having the same doctrine and moral. Hence, we remain open for sacramental intercommunions, only which can authentically show the visible unity of christian world and a Church itself, having the Jesus Christ as its Head, as we read in the Scripture.

Old Catholic Province of St. Christopher is open towards all Churches that stands in catholicity "wtich is believed everywhere, always and by everyone" (Saint Vincent of Lering), so that everyone could, by the Liturgy of Word and Sacraments, become capable for being alive Christ witness.

Old Catholic Province of St. Christopher, along with other Old Catholic Churches of St. Methodius Union, remains faithful to The Scripture and tradition (=doctrine and moral of old Church), so it doesn't accept liberal new things that entered in the practice of Old Catholic Churches of Utrecht Union (blessings of same-sex couples and their church marriages, and ordination of women in holy orders.)

Old Catholic Province of St. Christopher, in the sense of Sacraments, confesses the teaching that Orthodox Churches uses: there are seven Secrets, and they are:
baptism, penance, communion, extreme unction, confirmation, marriage and holy orders.

Also, the Creed of old catholics and orthodox is the same:

I believe in one God, Father Almighty, Creator of heaven and earth, and of all things visible and invisible.
And in one Lord Jesus Christ, the only-begotten Son of God, begotten of the Father before all ages;
Light of Light, true God of true God, begotten, not created, of one essence with the Father through Whom all things were made.
Who for us men and for our salvation came down from heaven and was incarnate of the Holy Spirit and the Virgin Mary and became man.
He was crucified for us under Pontius Pilate, and suffered and was buried;
And He rose on the third day, according to the Scriptures.
He ascended into heaven and is seated at the right hand of the Father;
And He will come again with glory to judge the living and dead. His kingdom shall have no end.
And in the Holy Spirit, the Lord, the Creator of life, Who proceeds from the Father, Who together with the Father and the Son is worshipped and glorified, Who spoke through the prophets.
In one, holy, catholic, and apostolic Church.
I confess one baptism for the forgiveness of sins.
I look for the resurrection of the dead, and the life of the age to come.
Amen.

The Creed as we today know, originates from the first and the second Ecumenical Councils (in Nicea and Constantinople).
As modern history showed, because of unpossibility of there present bishops to comply with their attitudes, on the insisting of emperor Constantine (on whose request those councils were held), there was adopted Creed that we know today.